You can’t flick through your Instagram feed nowadays without a social media influencer trying to cram a product or experience down your throat, in subtle and not-so-subtle ways. Whether they’re posting about the freebie they were just sent by a brand, posing for a photo sponsored by a brand, in an outfit gifted by a brand, with a caption edited and approved by a brand, social influencers are now a part of multi-billion dollar industry which Business Insider projects to be a $10 billion industry by 2022.

Influencers are not new phenomena; think sports stars or celebrity endorsements and you get the picture. What is new about the current influencer climate is that almost every person can be one if they have a social media account (or website or YouTube channel), a following and preferably a niche interest. Modern influencers are no longer just celebrities receiving kickbacks for endorsements, Joe Blow and Jane Doe down the road can get in on the action too if they’re willing to build an audience and commodify it.

Influencer marketing works too. Adweek reports that Twitter users are just as likely to trust influencers as much as their friends with a study revealing that “around 40 percent of respondents said they’ve purchased an item online after seeing it used by an influencer on Instagram, Twitter, Vine or YouTube.” 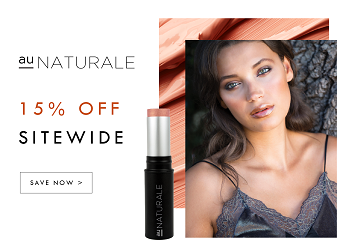 It’s important to note that not all social media influencers run their ‘personal brands’ like a business and make a full-time living from their work. Many don’t actually make enough money and still have day jobs, while others are just in it for the free products.

So how do social influencers make money exactly? They get paid by performing marketing and promotional services such as:

While influencers may be having their fun in the sun so to speak, making the most of the limelight before the influencer marketing industry is upended by the next shiny new marketing thing, a recent survey commissioned by brand marketing experts Bazaarvoice and reveals viewers and followers are feeling less rosy about influencers. Not only is the quality of the content dipping, but with pressure to create more sponsored content and achieve likes, follows and gain more ‘eyeballs’, influencers are resorting to purchasing fake followers and signing up for bot programs to bring in the numbers to make advertisers happy.

German respondents are especially discerning, with 32 percent of them feeling that influencers do not promote ethical behaviour.

Given these antics, 49 percent of consumers feel it is time for an influencer marketing association to enforce stricter rules around influencer sponsored content.

“At the core, Influencer Marketing is really intended to be about word-of-mouth, a timeless tradition of sharing our latest discoveries and preferences. However, it is clear that the current use of Influencers can stray from that value of authenticity, as monetary rewards and consumer savviness bring the believability of influencers into question,” said Joe Rohrlich, General Manager of EMEA at Bazaarvoice.

“It is clear that influencers need to work towards improving the quality and authenticity of the content they produce. There is a balance to be struck with advertisers and audiences, promotional content and the results then can be reasonably be expected and achieved.

“At the same time, four out of every five UK respondents is more likely to trust a customer product review over a well-known influencer or even an independent critic. For social media stars and brands, sharing the workload with real customers is a win-win.” The pressure for influencers to produce high-quality and authentic content has never been greater with 52 percent of respondents watching more influencer content than a year ago.

Furthermore, the survey finds that 49 percent of UK respondents and 68 percent of French respondents expect influencers they follow to publish new content on a daily basis.

With social influencers working round the clock to make cash and deliver content to appease advertisers and their audience, stress and burnout is inevitable as well as a drop in content quality, which begs the question: Is influencing really a sustainable way to make a living?

All images courtesy of Unsplash.