Inequality has always been viewed as a problem. So much so that it is in fact listed as #10 of the United Nations’ Sustainable Development Goals — to reduce inequality within and among countries.

According to the United Nations, the types of inequalities that persist globally are based on “income, sex, age, disability, sexual orientation, race, class, ethnicity, religion and opportunity.” In terms of income, data from the Organisation for Economic Cooperation and Development (OECD) shows that the “average income of the richest 10 percent of the population is about nine times that of the poorest 10 percent.” This number has in fact increased by up to seven times as compared to 25 years ago.

It is this income disparity and the inequalities across various social identities and constructs that have led to so much divisiveness and polarisation across societies, as the World Economic Forum (WEF) reports. If nothing is done and this trend continues, this will continue to wreak upheavals across the globe.

Jennifer Blanke, chief economist of WEF said in 2014 that inequality affects everybody, emphasising that: “Disgruntlement can lead to the dissolution of the fabric of society, especially if young people feel they don’t have a future.” Of course, we’ve already seen the effects of this in the most developed countries, with the election of President Donald Trump in the United States and Brexit in the United Kingdom.

This particular observation is shared by Angel Gurria, the secretary-general of the OECD who said: “We have reached a tipping point. Inequality can no longer be treated as an afterthought.”

However, it needs to be asked —

Is inequality really the issue?

There have been numerous debates about this, but the most important thing is to determine where the issue of inequality emanates.

Women in the US on average earn 80.5 cents for every dollar that a man earns. This continues to happen 50 years after America passed the Equal Pay Act. Black men and women in the US occupy less than eight percent of professional white collar jobs as compared to their white counterparts. Earlier in the year, Trump issued an executive order banning all transgender people who “may require substantial medical treatment” from military service. The ban, while currently on hold by injunctions, will still affect the acceptance of transgenders in the US military.

Given these examples, isn’t it correct to say that inequality is not really the issue but rather unfairness and lack of opportunity?

It is unfair for women to get lower pay if they have put in the same amount of effort and dedication to the job as their male counterparts. It is unfair for black men and women to be excluded from white collar jobs if they have the qualifications for it. It is also unfair for transgenders to not be allowed to serve in the US military simply because of Trump’s bias. I could definitely go on and on in discussing the issue of unfairness.

It’s important that we recognise the fact that it is not inequality per se that is wrong but rather, the underlying causes of it.

Christina Starmans, a Yale University researcher and one of three authors of a landmark study called, “Why People Prefer Unequal Societies“, tells the BBC: “In the present-day US, and much of the world, these two issues (inequality and unfairness) are confounded, because there is so much inequality that the assumption is that it must be unfair. But this has led to an incorrect focus on wealth inequality itself as the problem that needs addressing, rather than the more central issue of fairness.”

To this, “recovering” investment banker Carol Roth emphasises, “Equality is not only a pipe dream, it is undesirable.”

Life is not created equal

If the push of policymakers is on equality, the entire system will be in danger of crumbling. If the richest one percent decided to give their money away to the poorest 50 percent of the population, it doesn’t necessarily mean that the world will become a better, more tolerant place.

'If the richest one percent decided to give their money away to the poorest 50 percent of the population, it doesn’t necessarily mean that the world will become a better, more tolerant place.'Click To Tweet

Stanford economics professor Nicholas Bloom argues, “If I’m a painter, dentist or builder, why would I work for 50 hours a week if everything I’m given is free? From my own experience managing people, humans actually think it’s unreasonable for people that skive to get rewarded. When you run large teams, there is nothing that sends people mad more than lazy individuals getting the same rewards and promotions as the hard workers.”

So what should be done?

Gurria sums it up brilliantly: “We need to focus the debate on how the benefits of growth are distributed. Our work on inclusive growth has clearly shown that there doesn’t have to be a trade-off between growth and equality. On the contrary, the opening up of opportunity can spur stronger economic performance and improve living standards across the board.” 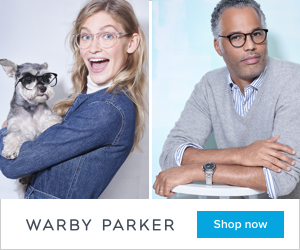 Ways to improve opportunity for all

For me, there are three vital things that we can do as individuals in order to improve the playing field for all:

1. Lobby for policies and laws that open up opportunities for everyone.

I know that this has always been a pipe dream. We have been lobbying for women’s rights since time immemorial and yet, in some ways we are still in kind of the same situation. But if we look at the brighter side, there have been improvements. There are more women in managerial positions; in science, technology, engineering, mathematics and medicine (STEMM) fields. Discriminatory laws have been abolished in many countries and replaced with laws that protect human rights and worker rights. However, there also parts of the system making it harder for people to access opportunities such as the increasing privatisation of the education system which makes it harder for those on lower incomes to access good public education. If we act as a collective and join together in pushing for inclusive growth, improvements will be made to the system, even if there is strong opposition and even if it takes time.

A lot has been said about these Silicon Valley types who have made the world a more complicated place to live in. But think of it in this way, these programmers and engineers had the courage and the vision to push forward with their thinking and create new ways of doing things. Their innovations have led to exciting new industries, new jobs, the opening up of the economy, and new investments. Just think of how many people are now being employed by tech companies such as Google and Facebook the world over.

Competition drives people to strive harder and generally be a better member of society. While some may argue that this is a feature of a capitalist economy, in the end, it all boils down to an individual’s vision of what he or she wants to achieve in life.